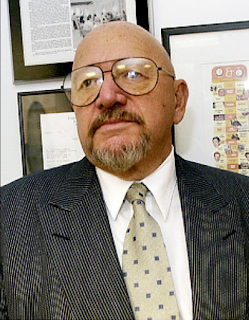 Jerry Della Born July 22, 1936, in Brooklyn to Italian immigrant parents,  been quoted as describing the business of advertising as "the most fun you can have with your clothes on." Mr. Della Femina got his first copywriting job with the Daniel & Charles Agency in 1961. After years, Mr. Della Femina and three associates opened their own New York agency, Della Femina, Travisano & Partners, in 1967. By the 1970s, it had become one of the industry's biggest revenue makers by stressing creativity.

In 1970, Mr. Della Femina wrote the book "From Those Wonderful Folks Who Gave You Pearl Harbor: Frontline Dispatches From the Advertising War," taking the title from a slogan he proposed in jest for Panasonic. Through his own flair for publicity, he soon turned this insider's look at advertising into a best seller.Throughout the 1970s, he was at the forefront of a movement to transform advertising from an industry favoring reverence and hierarchy to one promoting humor and casual openness, just as U.S. society was changing in much the same way. This meant breaking some rules and creating controversy.
In 1986, a Della Femina campaign for Ansell-America's LifeStyles condoms was rejected by The New York Times, Time and three TV networks.
The campaign highlighted safety but did not ignore sex; it featured a young woman saying, "I'll do a lot for love, but I'm not ready to die for it."
Mr. Della Femina took to the airwaves, describing the campaign as a public service in the fight against AIDS, and soon the ads were being aired. But when Ansell President John Silverman was quoted in Time as calling the AIDS epidemic a "condom marketer's dream," Mr. Della Femina quit the account.
But then at the same year, he is about to created another controversy, by being the first to use the word "fuck" in the ad for Perry Ellis cologne.
A bit tamer was the agency's "Liar" campaign, featuring the Joe Isuzu character for American Isuzu Motor Co., which played off the notion that car salespeople are prone to exaggeration.
The agency also did notable creative work for Ralston Purina Co.'s Meow Mix cat food, Beck's beer, Schieffelin & Co.'s Blue Nun wine and Pan American World Airways.
In 1986, the agency, then billing nearly $200 million, was acquired for $29 million by London-based Wight Collins Rutherford & Scott; Mr. Della Femina received $23 million. He continued as chairman-CEO of the agency (renamed Della Femina, McNamee in 1988) and was offered $15 million in incentives over the next five years.  In June 1992, the holding company bought out his contract for $3 million, and he agreed not to use his last name on another ad agency nameplate; he had opened a new agency, Jerry Inc., promising to put the fun back in the business.
In May 1994, Jerry Inc. merged with the New York office of Ketchum Advertising, forming Jerry & Ketchum. In 1998, the agency name changed to Della Femina/Jeary & Partners, with Mr. Della Femina as chairman-CEO. In June 2000, Della Femina/Jeary & Partners merged with Grace & Rothschild to form Della Femina, Rothschild, Jeary & Partners. In 2003, the agency, 49% owned by Omnicom, had U.S. revenue of $15.2 million, up 3.2% over 2002.
In 1999, Advertising Age recognized Mr. Della Femina as one of the top 100 advertising people of the 20th century for his determination, sense of humor, dedication, and love of advertising.
http://people.equilar.com/bio/jerry-della-femina-vetro/salary/704419#.WJQsY7YrL-Yhttps://www.ft.com/content/145766a2-8fb1-11df-8df0-00144feab49a
http://www.nytimes.com/1988/06/13/business/the-media-business-advertising-della-femina-agency-gets-a-new-aura.html
IT came as no surprise Friday when Jerry Della Femina announced that Della Femina, Travisano & Partners, which has already absorbed HBM/Creamer into its New York operation, is now doing the same with the Boston, Pittsburgh, and Chicago operations.

A self-styled "publicity slut," Della Femina made headlines for colorful comments throughout his career. His 1971 book From Those Wonderful Folks Who Gave You Pearl Harbor was a best-seller. The title refers to a tongue-in-cheek slogan proposed for the client Panasonic during a brainstorming session.