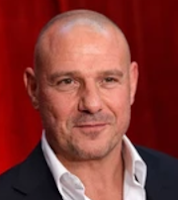 Was born David Mallett in 1964 and lived with his mother in Hornsey, North London He was born in 1964  he is 51 year old before moving to Devon aged 5 with his mother and stepfather. He attended King Edward VI Comprehensive School in Totnes, Devon and lived in Bristol and Gloucester before returning to London in 1990 to study acting at Webber Douglas Academy of Dramatic About David Kennedy: Something you may not have known about David Kennedy is that he was born David Mallett. Relation to Timmy? We're yet to ascertain. He's also appeared in loads of films and telly shows, including Ashes to Ashes, Trial, and Retribution, Ultimate Force, The Bill, Waking The Dead, Reign of Fire and more. He's even been in a film with Steven Seagal, called Attack Force. 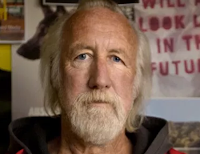 Lee Clow
Lee Clow has been making advertising for almost 40 years. He says he loves “telling the stories brands to have to tell.” Lee believes advertising is art—media art. As he says, “It must make you feel something. It can make you laugh or cry or surprise you or inform you, but you must want to watch it.” Chairman and chief creative officer of TBWAChiatDay worldwide is a surfer, a dog fanatic, and the man behind the Apple ads. His landmark “1984” commercial, which introduced the revolutionary Macintosh personal computer without even actually showing the product, aired just once, during the Super Bowl, but is considered one of the best ads ever made. While encouraging a whole new generation of computer users to “Think Different,” he also helped create well-known campaigns featuring the Energizer Bunny and the current campaign for the Apple iPod. For “Art & Copy” Clow was interviewed at the TBWA Los Angeles office and at Media Arts Lab, the inner sanctum for Apple’s advertising team. He is also seen briefly at his Los Angeles home and at a nearby beach chasing seagulls. Lee Clow: Good advertising is a dialog with people. 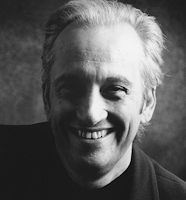 Cliff Freeman
Other greats appear briefly in the film, including Cliff Freeman, creator of such well-known slogans as Wendy's "Where's the Beef ?” and Mounds/Almond Joy's "Sometimes you feel like a nut… sometimes you don't.”; and Jim Durfee, one of the original partners of the legendary Carl Ally agency, who helped launch Federal Express and MCI and wrote the groundbreaking work for Volvo and Hertz.
http://www.artandcopyfilm.org/bios/http://adage.com/article/agency-news/advertising-agency-cliff-freeman-slips-history-books/140123/
http://www.oneclub.org/hall-of-fame/-bio/cliff-freeman
Posted by Aceves Brand at 11:24 PM