Guido Heffels (47) is an owner, Chief creative director and one of the co-founders of HEIMAT Webeagentur, Gmbh Germany In the second year of its existence, the advertising agency established at the end of 1999 was named Newcomer Agency of the Year. In all the latest german creative rankings the 150+ agency reaches the 3rd place. Clients include Swisscom, Hornbach DIY, Adidas, Der Stern, Volksbanken Raiffeisenbanken, CNN International, McKinsey, REWE, Burger King, OTTO and Sonic (O2). Guido has judged all international advertising shows. He is a member of the german ADC and the D&AD. Since 2012 HEIMAT has an additional office located in Hamburg. "Guido Heffels lives in Berlin. He has a son, but not a dog. And he most definitely doesn’t play golf. TBWA Worldwide acquire Heimat; Germany's Agency of the year" It was announced that the advertising Network TBWA Worldwide has acquired leading independent advertising agency Heimat having taken a majority share.The German agency was founded in 1999 by partners Matthias von Bechtolsheim, Guido Heffels, and Andreas Mengele, and is one of the country,s leading agencies, with monumental wins at this year's German 2014 ADC Awards amounting to 27 medals, including 5 gold and one Grand Pix. It was named "Agency of the Year 2013" by Werben & Verkaufen, "Independent Agency of the Year" at Euro best 2013 and "Best in show" at the Advertising Effectiveness Awards 2014 Von Bechtolsheim will act as chairman the newly formed TBWA Operating Group Germany.

As part of the deal all the agency,s founder will keep their roles at the company and will retain large minority shares. It will also keep its original name.
Here is one of the most recent ads from the agency. 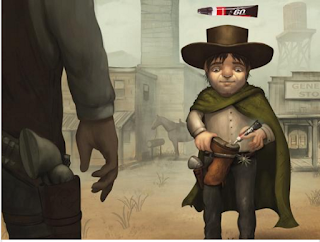