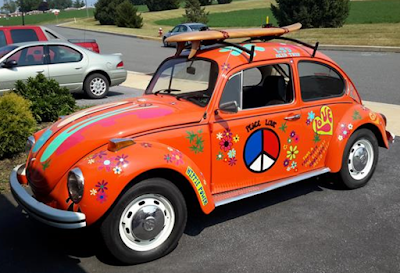 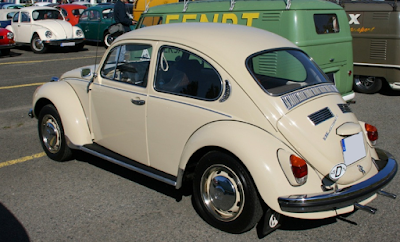 I’m not referring to the citrus fruit, but rather the use of the term lemon in reference to defective cars or other flawed products. We use the term lemon to denote the sour taste in our mouths after making a distasteful deal.
It is difficult to pinpoint the origin of this term, but I was able to find some information. In the early 1900s, a pool hall hustle was called a lemon game and around the same time in Britain the term ‘to hand someone a lemon’ was slang for "to pass off a sub-standard article as a good one."
The word lemon for substandard cars gained popularity in the 1950s with one of Volkswagen’s ad campaigns. Volkswagen used the term lemon to denote any car that did not pass their thorough inspections. This campaign was considered a huge success and because of this campaign, the use of the term lemon for cars became popular. You can view the ad here.
http://4.bp.blogspot.com/-bDiHUoKGLZY/T67_zRkHAxI/AAAAAAAAAFw/l6UbqUkcRZk/s1600/lemon-big.jpg

Today we’re kicking off a new series that examines some of the most famous print ad campaigns of all time. First up is my personal favorite, the Volkswagen “Think Small” campaign. How did a funny looking car that was named after a bug, known for being slow and manufactured in factories built by Nazis ever become iconic to a generation of post-war Americans? Great design and fantastic marketing.
https://designshack.net/articles/graphics/the-greatest-print-campaigns-of-all-time-volkswagen-think-small/

As the 20th century comes to a close, it's only fitting that we look back at a century of advertising and single out the one ad campaign that stands above all others. Of course, no discussion of the greatest ad campaign is complete without mention of some truly great ones throughout the past 10 decades.
There's Nike's "Just do it," Marlboro's Marlboro Man, the U.S. Army's "Be all that you can be," Apple Computer's "1984," Campbell Soup's "Mmm mmm good!", the Jolly Green Giant. The list goes on and on.
However, one campaign did much more than boost sales and build a lifetime of brand loyalty. It's the 1960s ad campaign for the Volkswagen Beetle. It and the work of the ad agency behind it changed the very nature of advertising, from the way it's created to what you see as a consumer today.
http://www.bizjournals.com/sanjose/stories/1999/11/22/smallb7.html